Included here are examples of successful lobbying by arnie berghoff & associates on behalf of its clients. Many of these cases garnered coverage from both local and national media outlets.

Issue: World-class concessions for LAX airport, the sixth-busiest in the world

A concession agreement to supply food, beverage and retail services at airports is one of the most political and contentious procurements in the public sector. A subsidiary of the global concessions provider Areas S.A., Areas USA entered the American market in 2005. With only a few U.S. contracts, Areas USA hired arnie berghoff & associates to represent the company before the City of Los Angeles and Los Angeles World Airports (LAWA). LAWA was about to initiate a complete overhaul of the concessions at LAX, the sixth busiest airport in the world.

While Areas USA was selected by LAWA for contracts of over $70 million in annual revenue, the long-time incumbent operator was selected for none and subsequently waged a brutal political battle to restart the entire procurement process. arnie berghoff & associates counseled Areas USA on the appropriate positioning and tactics, ensuring that the City approved the contracts.

For many years, the City of Los Angeles realized that its antiquated 311 system was not providing its citizens with the quality of service that they deserved.

In 2013, arnie berghoff & associates was able to work closely with City leaders, and its long standing client and City software provider, Oracle, to provide the City with a package of software and services for a state of the art 311 system. The system allows the City’s residents and businesses to effectively and efficiently obtain city services via internet, mobile devices and telephone.

arnie berghoff & associates was proud to have played a key role in assisting the City to dramatically improve its services in a cost effective way.

Facing the complicated and competitive process of developing affordable housing in Los Angeles, Affirmed Housing Group retained arnie berghoff & associates to assist it in identifying suitable locations for an affordable housing complex in the City and to help obtain local approval for construction.

Once a site was found in the historic neighborhood of Chinatown, arnie berghoff & associates developed a successful strategic plan for Affirmed Housing Group to secure the appropriate entitlements and ensure that the project was competitive for the City’s housing NOFA (Notice Of Funding Availability).

In addition, arnie berghoff & associates was instrumental in securing a $2.5 million land acquisition loan from the Community Redevelopment Agency for this project, as well as $800,000 in gap financing in the final months before the state’s deadline for construction funding. This development provides 60 families earning between 30 and 60% of L.A.’s area median income with safe, quality housing.

In 2009, The City of Los Angeles was facing a historic budget crisis. At the same time, the City direly needed an updated email system. After the City’s Information Technology Agency issued an RFP for a new system and conducted a comprehensive evaluation, it chose arnie berghoff & associates’ client CSC, which proposed installing a new “cloud”-based Google email solution.

This system stood to address the City’s requirements by being both modern and affordable. The Google/CSC solution delivers a state-of-the art email system with all of Google’s features and applications. It also saves the City a substantial amount of money by reducing the need to replace and maintain dedicated email servers, as well as by requiring fewer employees to run such a system.

Although a large competitor of Google waged a very strong lobbying campaign against the CSC/Google cloud system, arnie berghoff & associates successfully convinced the City that the recommended system was the right solution.

In 2004, the Los Angeles Police Department (LAPD) issued an RFP for a Red Light Camera enforcement system to help enhance public safety by reducing traffic accidents. arnie berghoff & associates was retained by Nestor Traffic Systems, who was eventually selected by the LAPD to install the City’s red-light enforcement system.

Nestor was a relatively small firm and arnie berghoff & associates formulated and implemented a political strategy to fend off attacks from two larger firms not recommended by the LAPD. This strategy was successful with both with the Police Commission and the Los Angeles City Council. 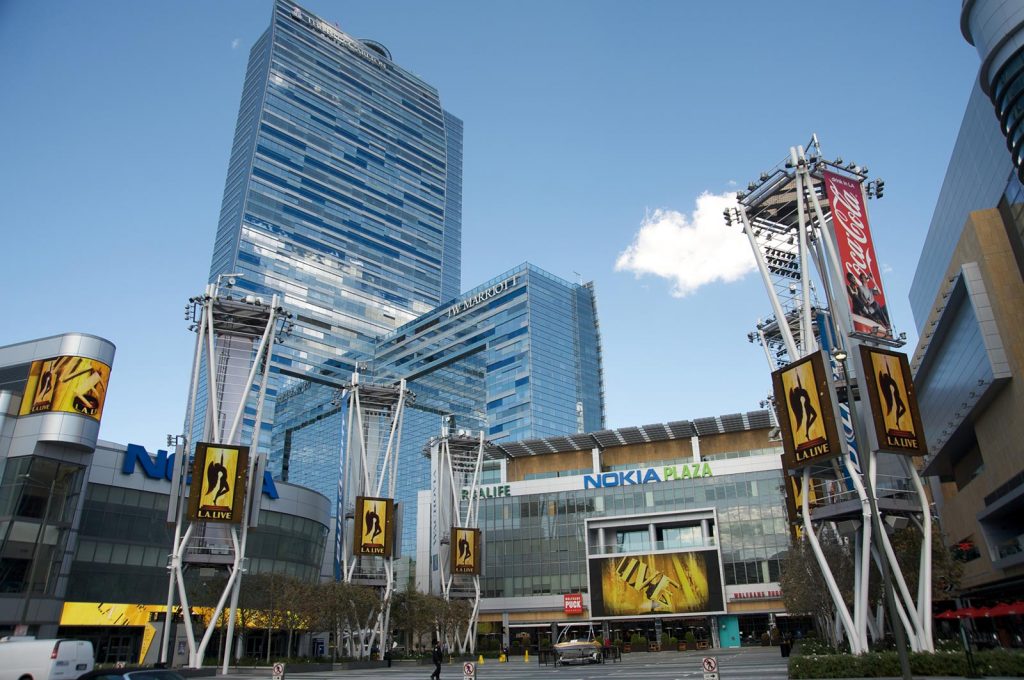 In 1999, AEG retained arnie berghoff & associates as the anchor of a team formed to entitle and permit the LA Live project adjacent to the Staples Center in downtown Los Angeles.

This strategic lobbying and public affairs effort required collaboration with community groups, the Community Redevelopment Agency of Los Angeles, and the City of Los Angeles. The project also involved a future expansion of the L.A. Convention Center, the creation of a Sign District, and a commitment to building a convention center hotel.

While this project was highly contested at the time, a decade later, LA Live is the world-famous centerpiece for downtown Los Angeles and has spurred the resurgence of the South Park area of downtown.

Issue: Historic deal between the City and County of L.A. to share Sunshine Canyon Landfill

The permitting of a landfill is always one of the most controversial land use decisions that a local government can face. Sunshine Canyon Landfill, located on the border where the City and County of Los Angeles meet, was certainly no exception.

The landfill’s owner, BFI, hired Arnie Berghoff to negotiate settlement agreements between the City and County and to work to reopen the landfill. In large part due to his effort, the landfill reopened in 1995 on the portion located in the City of Los Angeles. The City became, and remains, the largest customer of the Sunshine Canyon Landfill.

After starting arnie berghoff & associates in 1998, Arnie Berghoff began working to expand the landfill onto the County portion of the site. He was again successful, overcoming strong, local community opposition and the covert opposition of a major waste management competitor.

Sunshine Canyon Landfill is recognized as one of the most successful and strategic lobbying efforts ever at the City of Los Angeles and Los Angeles County.